Update 14 March, 2017: FSDL has been modified with the release of Frogans Player for developers alpha (v1.4.1), in particular with modifications to the values of the “visible” attribute in the <layer> element. The contents of this post and the downloadable resources have been updated accordingly.

With the <respath> element, you can create a resource by plotting sets of XY coordinates as “anchor points.” Frogans renders the resource by drawing lines along these anchor points to create a vectorized shape.

For example, a rectangle can be determined by plotting four anchor points, one for each corner.

2. The <respath> element and its attributes

Before plotting the coordinates, let’s look at the attributes included here in the <respath> :

Now let’s sets of coordinates to determine the anchor points for a simple rectangle:

Notice how each coordinate pair is preceded by either “Ju:” or “Li:”?

To see this resource on a Frogans slide, let’s present it in a <layer> element:

Here’s a screenshot of the rendered slide (on an orange-colored desktop background): 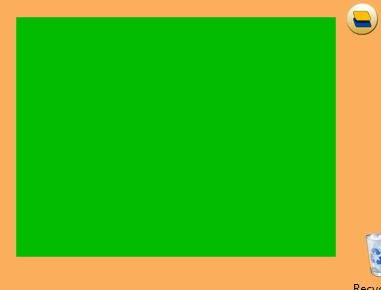 You might have expected this rectangle to be a perfect square since, according to the coordinates of the vertices, each side is 20 units long. Instead, it is rendered to match the value of the “size” attribute of ‘640,480,’ or on this standard monitor, 320 by 240 pixels. This is because the value of the “spread” attribute is ‘on.’

If the value of the “spread” attribute is instead set to ‘off,’ then our rectangle will fill up the “size” of the resource as much as possible, but it will retain its original perfect square proportions: 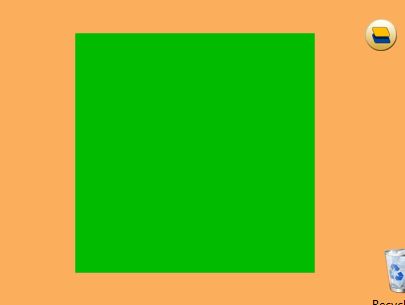 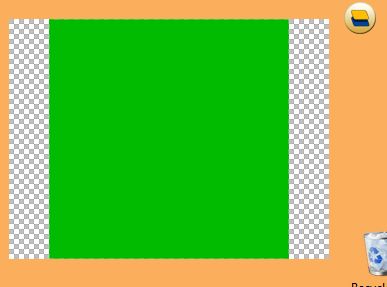 As you can see, the “size” attribute in the <respath> element determines the rendered size of the graphic resource. The shape that you create will stretch to match the dimensions set in “size” if the “spread” attribute has a value of ‘on.’ Otherwise, if the value of “spread” is ‘off,’ then the shape is scaled to best fit the “size” while maintaining its original proportions.

This means that, when the value of “spread” is ‘off,’ you can isometrically scale your shape up or down simply by changing the height or width of the resource in the value of the “size” attribute.

For example, if the width were made much narrower, the square would scale down accordingly. If we set the value of “size” to ‘200,480’ (and did the same with the checkerboard background):… 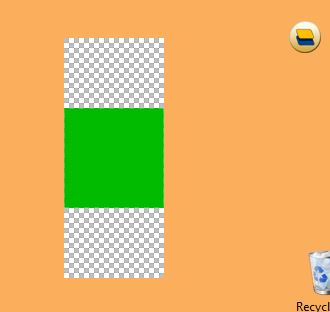 Since the resource being much more narrow than it is tall, the square is sized to fit in its width. Ideally, you want to set your size to best match the shape of your path, so that Frogans Player does not devote unnecessary resources to rendering your graphic resource.

For example, you could draw a 5-pointed star by plotting five anchor points in such a way that the lines that join them cris-cross each other. If this shape is not compound, then it will appear as a solid form. But if it is a compound shape, the center of the star will appear to be hollow. 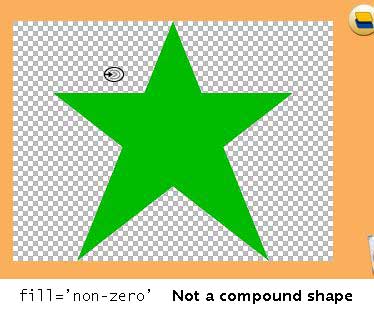 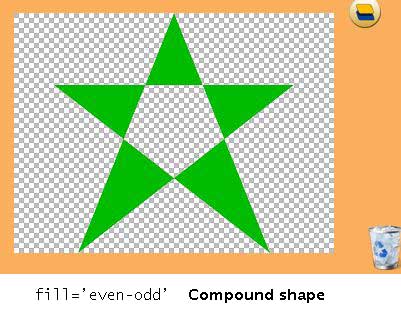 You can also create multiple path segments in a single <respath> element. These path segments can combine together as a compound shape. Imagine that you drew the capital letter “A” using <respath>. You would do this using two path segments: One for the outer shape of the letter, and one for the triangular hole in the center.

Note that, since “fill=’even-odd’,” we can expect that the triangle creates a transparent hole in the square. 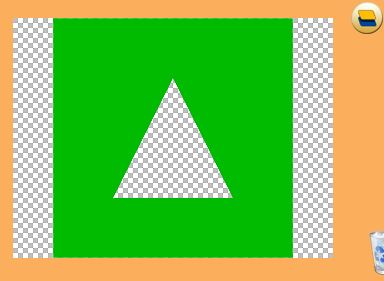 An important thing to note is that you do not necessarily need to set the “fill” attribute to ‘even-odd’ to create this effect with multiple path segments. We can get the same effect by reversing the direction of one of the two path segments. In the above example, the anchor paths for the two path segments are plotted in a clockwise direction. So, if the triangle is plotted in the opposite direction and the “fill” attribute has its default value of ‘non-zero’ (or isn’t included at all), then we should get the same result as in the example above. Here’s the new code:

That’s enough for this post, but the adventure continues with Drawing vector shapes with <respath> in FSDL (pt. 2 – CURVES!), which covers curved paths and how to get complex paths from SVG files into you FSDL files.